All images have been photographed by Luong on 5×7 film and personally printed in his studio. Texts were written by the artist with copy-editing by the staff of the debut venue, the National Heritage Museum. Since that exhibit, Luong has continued his park visits and added images of all the five recently designated national parks to Treasured Lands.

Besides the 63 large format images which form the core of the exhibit, depending on the space available and the venue’s interest, there are more recent series with lesser-seen perspectives on the National Parks.

All Thumbnails
All artworks and texts (large page !)

For higher resolution images or prints, please contact us. 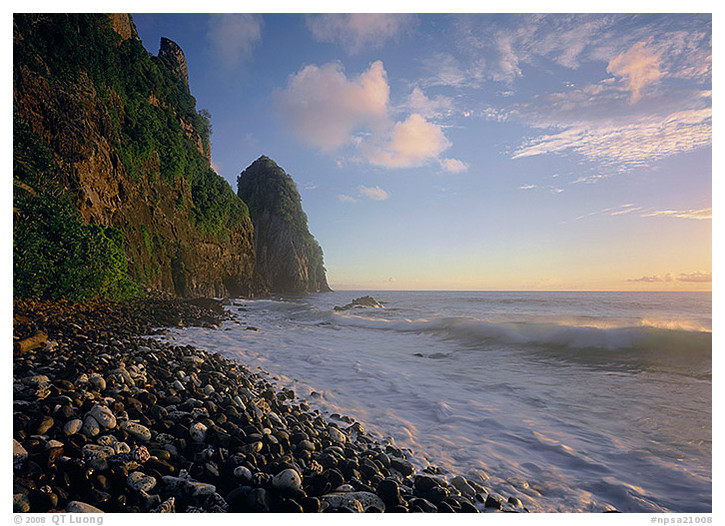 In Polynesia, a paradise-like chain of volcanic mountainous islands clothed in the greenery of old-world tropical rainforest is ringed with steep sea cliffs, glistening beaches, and biologically rich South Pacific coral reefs. The sun rose over the South Pacific, illuminating the cliffs covered with lush vegetation, as the waves filled the air with warm moisture. Remembering a Polynesian myth stating that Creation took place on the Samoan Islands, I imagined I was witnessing the morning of Creation myself. 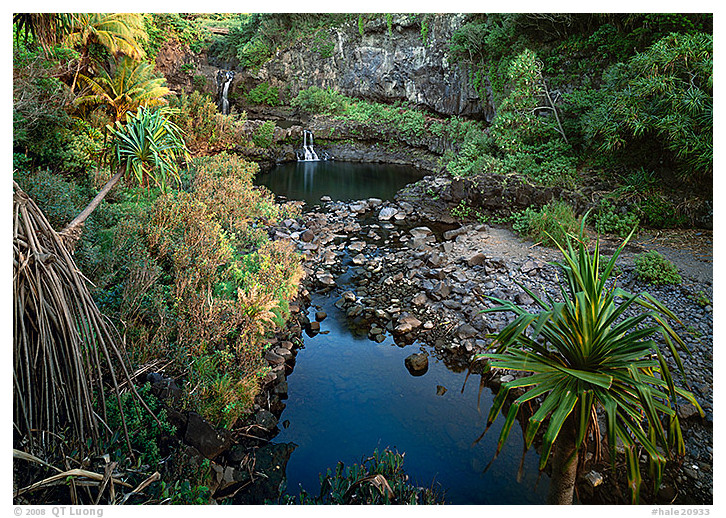 The nearly freezing temperatures and barren lava soil of the 10,000-foot-high Haleakala Crater contrast with the tropical pools and waterfalls found at the ocean’s edge on the island of Maui. The Oheo Gulch on the island’s western side comprises seven freshwater pools connected by rushing waterfalls, considered sacred by Hawaiians, as freshwater is the connection to life. I closed my eyes to take in the fragrance of the tropical vegetation. During the day, swimmers often swarm the pools, but at sunrise, I felt so contented to have this lush paradise to myself. 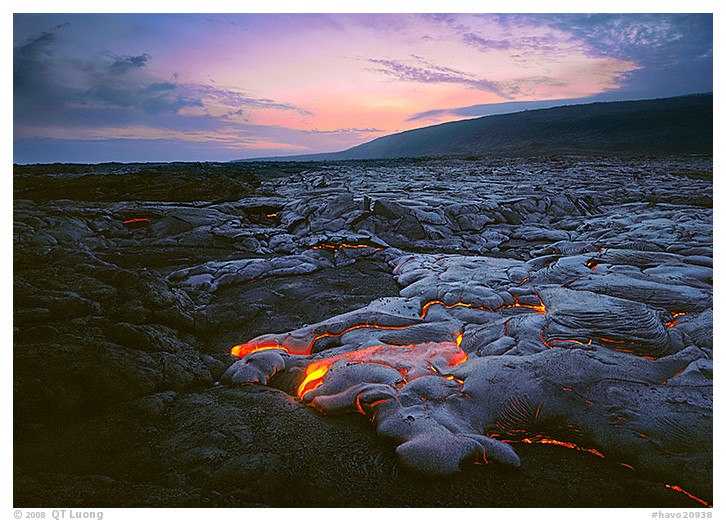 Fiery Kilauea Volcano on the Big Island of Hawaii has been erupting continuously for thirty years, spewing a fluid and slow-moving flow of molten lava. It is so isolated there that evolution has created many life forms found nowhere else on the planet. On my first outing on the live lava fields of Hawaii Volcanoes National Park, I walked for miles on old, hardened lava towards the active flow. During the return hike, I was startled and frightened to see red lava simmering in the dark, shining through cracks right underneath my feet where I thought the ground was solid. On my second visit, a year later, the lava flowed much closer to the road. As I set up the camera a few feet away from the moving flow, the intense heat warmed my face, while I observed new earth being created in front of my eyes. 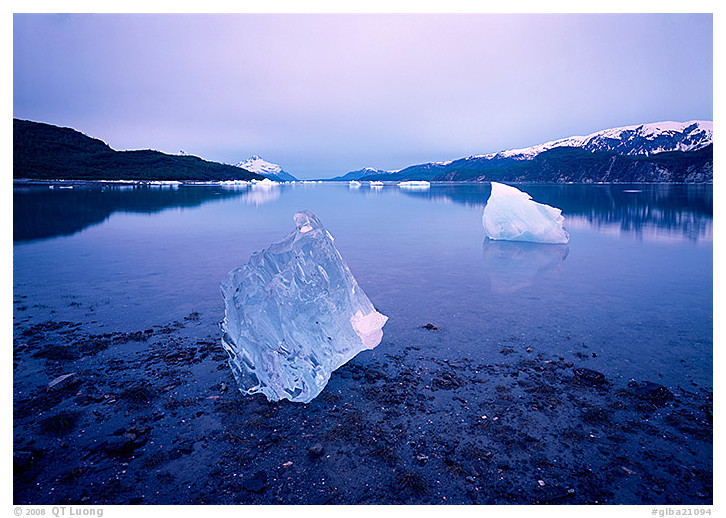 Glacier Bay National Park encompasses fifteen tidewater glaciers that calve icebergs into a vast, Y-shaped marine fjord on the Southeast coast of Alaska. Two hundred years ago, the fjord was still a solid sheet of nearly a mile of ice, but it now includes plant communities ranging from mature spruce and hemlock rainforests, to thinly vegetated areas just recently deglaciated. We reached our destination, a grassy flat near the mouth of McBride Inlet at two in the morning. This was the first day of the ten-day kayak trip. Arnd and I started to paddle at dawn, stopping only to cook dinner on a beach downstream, so the camp would not have bear-attracting smells. After setting up camp, I retreated to my tent, but couldn’t fall asleep. I felt so excited by the possibilities, energized by the lingering half-light of the Alaskan summer. I wandered around the tidal flats until I saw this translucent iceberg lying more than a hundred feet away in the water.

All thumbnails
See all artworks and texts (large page !)